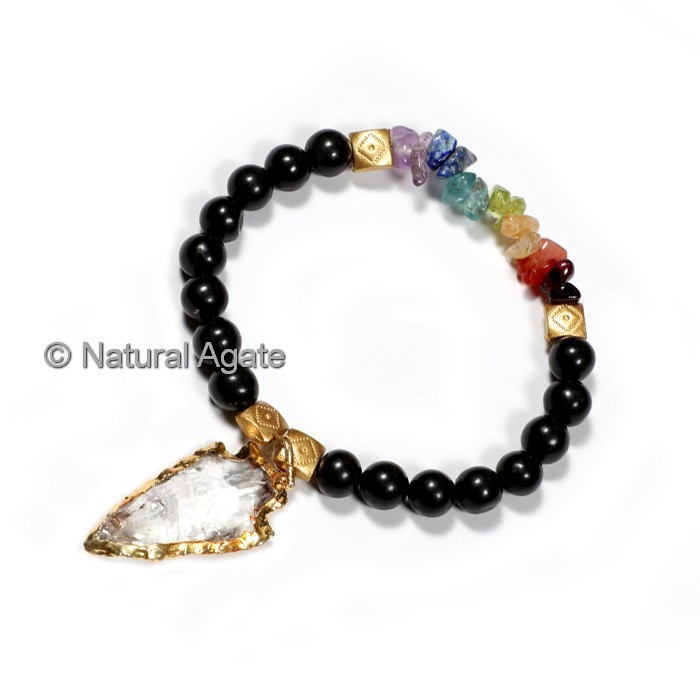 Shop for Black Tourmaline With Arrowheads Bracelets online from Natural Agate. As a talisman, the arrowhead was worn around the neck to ward off the Evil Eye. It symbolized courage, strength, and protection. Native Americans believed the arrowhead could deflect negative energy and allow the wearer to absorb their enemy's power. Some arrowheads have been made from wonderful stone such as quartz. In ancient Greece the arrowhead was made of bronze and they were often triangular in shape.