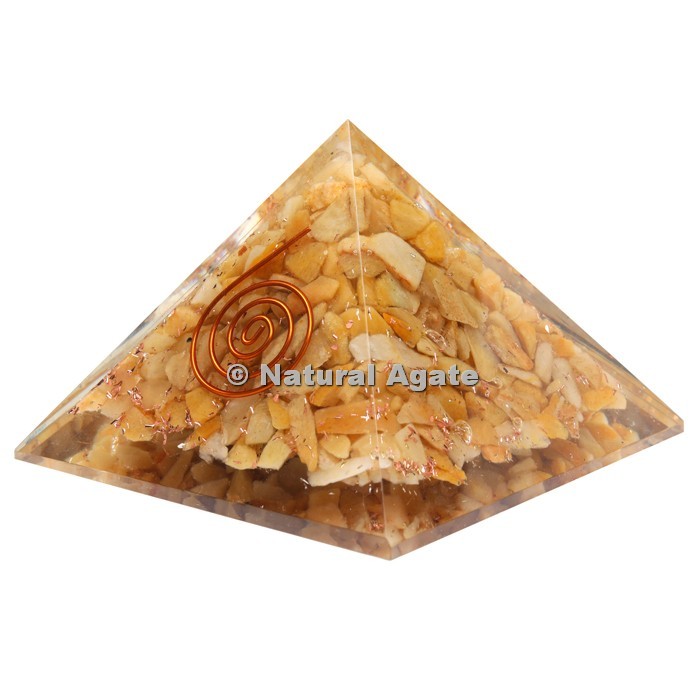 Get an exclusive range of Golden Quartz Orgone Pyramid here. Golden Quartz is a member of the Quartz family and carries the same broad characteristics as Clear Quartz but it also has additional properties which increase its spiritual healing abilities. Physically Quartz can particularly help to stimulate the thyroid and the thymus. Orgone Energy will promote healing, and protect you from negative energy. The powerful healing effects of the crystals are magnified in an Orgone Pyramid. Orgone pyramids, aside from being major eye candy, are highly sought-after devices known for their ability to convert negative energy into positive energy and balance the spiritual, emotional and physical body.