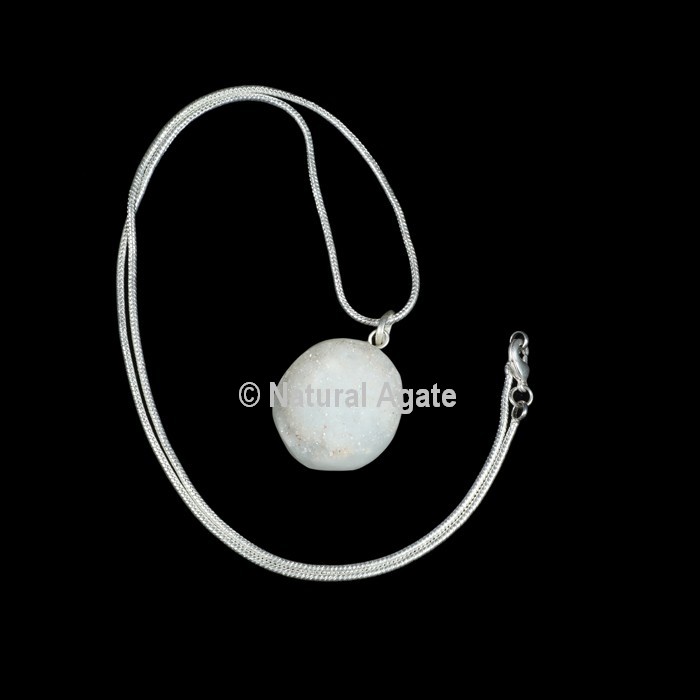 If you are looking for unique designs for Druzy Agate Round Shape With Silver Chain Pendant Natural Agate is here. Druzy is the glittering effect of tiny crystals over top a colorful mineral. It is beautiful when used in making jewelry. The druzy quartz gems grow slowly over millions of years and are found as the very last layer of growth on agate or another colorful base. They are great for promoting natural healing on the physical, mental, and spiritual levels. Wearing Druzy gemstones is believed to promote relaxation and stress relief. Druzy or sometimes referred to drusy, druse, or druze or aura quartz is most well known as versions of agate and quartz. Book an order at Natural Agate.